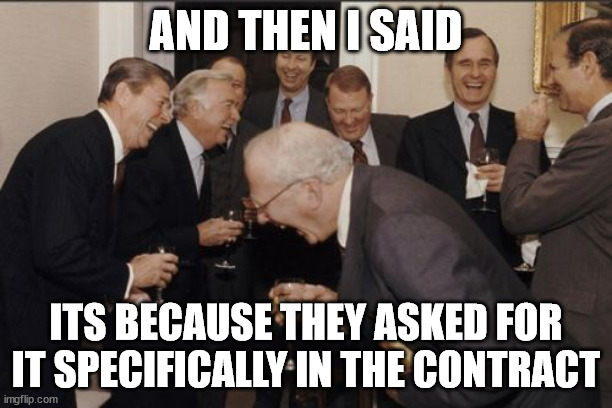 Just a short tale today of a contractor meeting with his client the big infrastructure operator along with the consultant who designed the work for the contractor.

The contractor spent 10 minutes in the meeting ripping into the consultant in front of the client, saying they were so unprofessional and it was such poor practice to design the routing of some services under the tracks, blaming the consultant for sloppy work. The consultant sat there taking all the shit being flung at him by the contractor, quietly chuckling to himself but saying nothing, watching the guy dig himself even deeper into the hole he was making for himself.

IT Managers: How not to support BIM