Autodesk are taking the piss 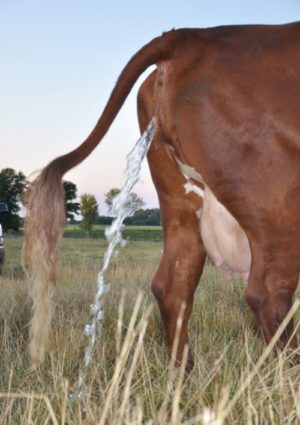 One of the most frustrating things about working with BIM tools is how pathetically bad they are, especially tools from Autodesk. Take Revit for example, it was the love child of an old, but smart, for its time, architectural tool called Pro Reflex which had its roots in the 1980s, and parametric mechanical CAD with its constraints and relationships. Its developers maintain that there is no Pro Reflex code in Revit, despite taking the source code with them when they left PTC to establish the Charles River Software, later renamed Revit Technology Corporation.

The guy who sold Pro Reflex to PTC, and therefore knows what he’s talking about, disputes the Revit developers’ claim that no code carried over into Revit, and has documented proof that there are definitely traces of 1980’s Pro Reflex code and design in Autodesk’s flagship BIM tool.

Whatever the merits of both of these claims, the fact is that as a parametric mechanical CAD tool, it is primitive and slow when compared to the modern ACIS 3D kernel from Spatial or Siemens’ Parasolid engine. And as an architectural tool, it does not allow architects to develop the buildings they want to design without resorting to developing special tools to make Revit do what they have asked Autodesk to make it do, but they have refused to spend any money on it. This, and price gouging on licenses, led to the Letter to Autodesk from prominent UK architects demanding action from Andrew Anagnost, Autodesk’s CEO, and covered in detail by Martyn Day in AEC Magazine. Things have got so bad that HOK, who are a Revit house and BIM pioneers, abandoned their Enterprise Agreement with Autodesk and are evaluating alternatives to replace Revit.

Those of us that work in large firms know how hard Autodesk are squeezing the balls of their EBA customers, the price of a usage token has risen over 70% in the past 3 years to more than 1.10 USD (Revit is 6 tokens a day), which has focussed the minds of CFOs and COOs in the tier 1 companies, many of which are formulating strategies to teach Autodesk a lesson. Autodesk University meetings will be very frosty this year.

Navisworks is another Autodesk product not developed in-house, but by a company in Sheffield, UK called Lightworks, that developed Navisworks to allow 3D models from multiple incompatible vendors to be combined in a single application. It was acquired by Autodesk in 2007, and has been a cash-cow ever since, receiving minimal updates and new features. Another example of Autodesk taking the piss. iConstruct wouldn’t exist if they weren’t taking the piss out of their customers, and remember that Navisworks Manage was one of the most expensive tools they sold.

But my biggest beef with Autodesk is that they have all these tools and products, and rather than making sure that they are able to be used collaboratively as a priority, few products are able to be used together except on a very basic and limited way. Revit’s monumentally stupid coordinates system for example is the cause or more lost unproductive hours than just about any feature on any piece of professional software.

Revit’s coordinate system will take it’s toll on almost every project, no matter how well you craft the execution plan or provide templates and strict instructions on how to link models together. On a recent project, the architect created his initial model, from which all other models in multiple applications (Revit, Plant3D, Civil3D and Bentley tools) took reference for the location of the model. A couple of months into the project, the architect decided to lower his his model by roughly 300m as they fucked up the original coordinates. As a consequence, chaos ensued and many many manhours were spent accommodating the fuckup by the architect, in some apps this meant starting again from scratch.

Autodesk’s cloud BIM collaboration platform is not much better. Trying to get models uploaded has brought document controllers to tears on one project, and the latest model collaboration integration with Navisworks promises much but doesn’t deliver. Want to collaborate models from other applications than Revit, sure they said, you can use IFC. What they don’t tell you upfront, is that it will only accept IFC models generated from 4 applications, and 2 of them are Revit, and MagiCAD for Revit.

Want to link in a Plant3D reference into Revit? It’s a horrible kludge of a process. Link an IFC model from Bentley Open Buildings into Revit? Not possible. Navisworks into Revit? Useless. Open a Revit model in Formit? Not a chance. Infraworks? Inventor? 3DS Max?

Autodesk is a $3+ Billion company that acts like a snake oil salesman, peddling tools that promise much but deliver little in the way of value of compatibility. It will soon discover how much is customers hate them.